Generally speaking, transgender people in the United States are gaining more ground in their fight for equal rights in some areas. But in other parts of the country, the fight is very much a hazardous one, actually putting some transgender people at risk as they become well-known activists. Yet this has not stopped activists from fighting for transgender rights in Tennessee. Kayla Gore in particular has committed to making a big difference by building tiny homes for transgender women of color. While working at the LGBTQ center in Memphis, Tennessee, Gore noticed something that disturbed her greatly. Namely, that there were many trans adults that lacked housing.

There are many reasons why transgender people are unable to get the housing that they need. Simply put, trans people have greater difficulty finding housing than cisgender people do. The National Center of Transgender Equality reported that one in five American trans people have faced discrimination while seeking a home. Over one in 10 trans people have been evicted due to their gender identity. This is in part due to the general bigotry in the U.S. It’s also because there are not many legal protections for transgender individuals in terms of discrimination. Transgender rights in Tennessee in particular are not very protected. It can be incredibly difficult for transgender people to even receive temporary housing at homeless shelters or shelters for battered women.

This is something that Gore learned through her interactions with homeless transgender people. Not only was finding housing difficult for these people; it was traumatic and dehumanizing. Transgender individuals were being questioned about their genitalia and treated as if they were dangerous, rather than being those in danger. Indeed, homeless transgender people, and especially transgender homeless women of color, are incredibly at risk of experiencing violence. While they wait for approval for housing, these people can be hurt or even killed. This is why Gore is making a big effort to ensure that they receive housing in the meantime.

Initially, Gore and her friend, Illyahnna C. Wattshall, began offering transgender people temporary housing in their own homes. This not only provided transgender people with housing that they desperately needed; it also gave both Gore and Wattshall an even greater perspective on how much these people required more permanent housing. Furthermore, their project acknowledged the issues regarding transgender rights in Tennessee and set to solve problems for people in their area. Although Gore and Wattshall were able to provide more temporary housing, this did not solve the more long term problems that the trans people they were helping dealt with. This led Gore and Wattshall to a new idea. Specifically, they chose to begin their own grassroots organization that would make a huge difference for trans people in need of housing.

My Sistah’s House: Providing Housing for Those That Need It Most

The physical house is just one part of the services provided by My Sistah’s House, and the organization is becoming increasingly far-reaching. People have traveled from out of state for help and shelter. While they may not be able to acquire a mortgage loan quickly, they can count on my Sistah’s House for help as they attempt to become more independent and live on their own.

Building The Future: How Tiny Homes Can Help Trans People In Need

Transgender women of color are particularly high risk in terms of violence, as previously mentioned. It’s difficult for these women to find shelter, as they often are rejected by homeless shelters and even battered women’s shelters. Additionally, these women often can’t afford to undertake new home construction projects on their own. This is why My Sistah’s House has started to build tiny homes for trans women of color.

Gore began fundraising for the project through GoFundMe this past summer. This was done to pay for building supplies, along with furniture and other items needed to create properly comfortable and appropriate tiny homes. The project ultimately raised $250,000, and from there the organization was about to buy thirty acres of land. The first three tiny homes are expected to be finished by the end of April. Ideally, 20 homes will be built on the plot of land in total. Additionally, the fundraiser has had its goal raised, as it has now crossed the $300,000 threshold. Now, the total goal is $450,000, though that could expand depending on how consistent donations continue to be.

The reason why Gore was inspired to take on this custom construction project is that there was an even greater need for housing in the trans community following the pandemic. The pandemic put millions of people out of work, or working at a severely reduced capacity. Therefore, while the trans community already had a great need for housing, that need only increased following the pandemic, when many trans people lost their jobs and experienced even more housing insecurity. The issues regarding transgender rights in Tennessee in particular left many people in the state without homes. These people were added to those that needed housing before the pandemic, and therefore Gore began to work to provide more permanent housing solutions through tiny homes.

The reason why Gore was drawn to tiny homes is that she was actually interested in homeownership. Homeownership allows transgender people facing housing insecurity to have permanent solutions, which is what they really need, particularly in the face of the pandemic and economic issues. Now, traditional homeownership can be incredibly difficult to come by on a financial level, and additionally, these homes would take a long time to construct. Transgender rights in Tennessee are moving forward at a snail’s pace, and Gore didn’t need the construction of new homes to take the same amount of time. That is in part why she was inspired to construct tiny homes rather than traditional houses.

As the struggle for the recognition of transgender rights in Tennessee continues, Gore is working to build tiny homes. For many reasons, lots of other activists and organizations are attempting to emulate Gore’s example, building tiny homes for those in their target communities that are experiencing housing insecurity. But what exactly do tiny homes look like? And how will they work for people in the transgender community?

There is a common misconception that because tiny homes are small, they are in fact not big enough for the average adult. In fact, entire families can live in tiny homes, which are typically between 100 and 400 square feet in total. A tiny home is meant to essentially have all of the basics that you would find in a traditional house, but in a more compact package that is meant to serve several different purposes. Of course, because they are smaller, tiny homes already have the advantage of being most cost efficient. Although the cost of a tiny house will vary greatly depending on its various features, forms, and location, the average tiny house will cost between $30,000 and $60,000. Not only is this generally much less expensive than traditional housing, but it’s also a lot less to keep up with. Because tiny homes are so small, they often use less electricity and water, among other things. Additionally, a tiny home will typically be less prone to random mishaps and damage simply because there is less to harm in the first place. When they do need repairs, those repairs will often be less expensive as well. It’s certainly less expensive to replace the roof of a tiny home compared to a traditional house.

Quite often, tiny homes are also mobile homes. What this means is that the tiny homes are often on wheels, and are hosted at specific locations like the plots of land that Gore has in place. The tiny homes, once fully paid off and in the names of the recipients, can potentially be taken to other locations. This is dependent on whether or not the tiny homes are meant to go to permanent owners or people in need of temporary housing who will move in and out of them. Some tiny homes are not mobile, however, and are meant to be permanently affixed to one place, sometimes with architecture stone. This can certainly affect the type of plumbing installations the tiny homes will have. While some tiny homes have traditional plumbing systems, mobile tiny homes must have plumbing systems that correspond to their mobility. Other tiny homes have composting toilets, which are considered some of the more environmentally friendly alternatives to traditional plumbing. With that being said, there are lots of things to consider as tiny homes are planned out. But one thing that you don’t need to worry about is their eco-friendliness.

While some tiny homes are certainly more environmentally friendly than others, generally speaking, they are all considered to have less of a carbon footprint than traditional housing. The advantage of a tiny home is that, because it is smaller, it uses less energy and produces less waste. Some tiny homes are made to be even more environmentally friendly, running on solar energy.

Gore’s goal is simply to have enough compact, sturdy tiny homes to accommodate as many people as possible at one time. With that being said, Gore is also focusing on another battle for transgender rights in Tennessee at this very moment. Right now, she is acting as the lead plaintiff in a case against the state, arguing for one’s ability to change one’s gender marker on their birth certificate. Right now, Tennessee prohibits this action, which makes Gore especially proud to be a part of the case.

Individuals do not need to be remarkably public speakers in order to stand up for transgender rights in Tennessee. Much of what they need to do is volunteer to help organizations like My Sistah’s House and donate if possible. While there are a lot of obstacles ahead of those fighting for these rights, organizations like these are grassroots efforts and are making a big difference for those in need.

But pressure must also be put on the legislature to change transgender rights in Tennessee. It is important that those in the state vote for what they believe in, and for who they feel will best represent these beliefs and help those in need. With that in mind, there are a lot of changes that need to happen in Tennessee. But ideally, they will be happening sooner rather than later. 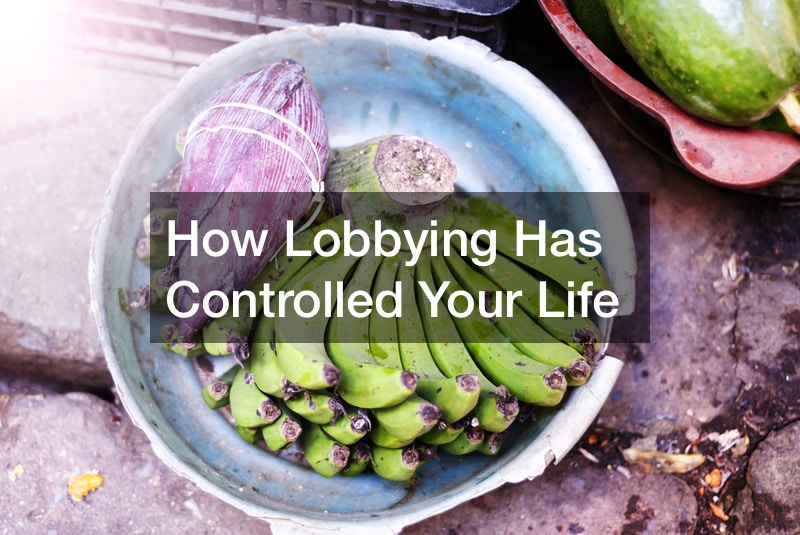 If you are an American, it is very likely that lobbying has had a huge impact on your life whether or not you have been aware of it. IF you 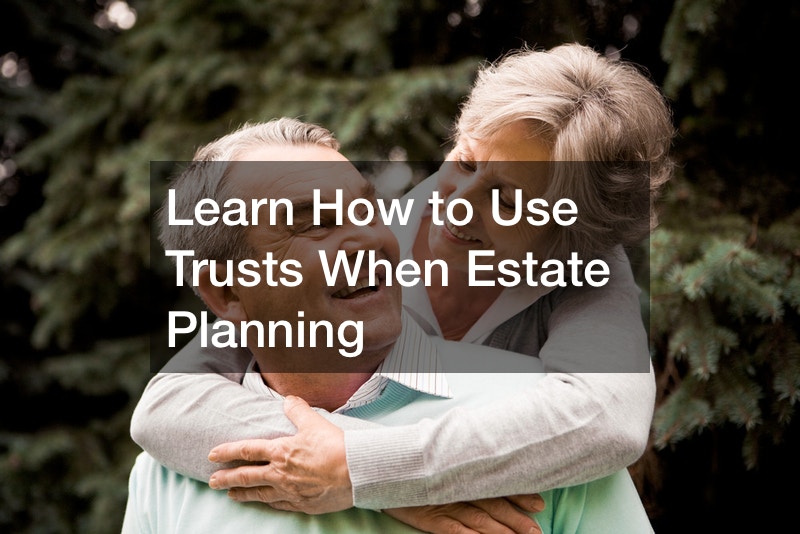 There are many reasons to establish a trust when planning your will, especially if you have young children and a large fortune. Trusts help reduce the amount of estate tax 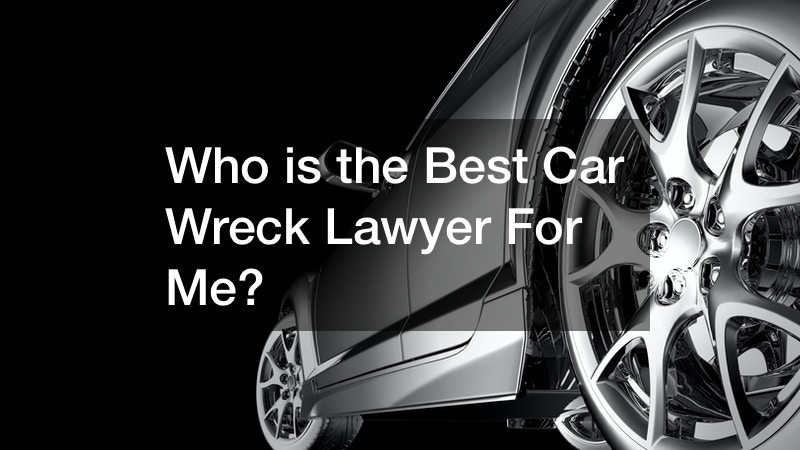 If you’ve been in a car accident, one of your first thoughts might be what kind of money you’ll need to cover your injuries. In the world of cars, accidents