American Personal Rights Home Arrested at a Protest: Why It Happens, How to Prevent It, and What to Do Next

Arrested at a Protest: Why It Happens, How to Prevent It, and What to Do Next

Civil disobedience is certainly not a new concept. Our nation’s founding can be traced back to an act of protest, which you may know as the Boston Tea Party. Demonstrations are woven into the fabric of the United States, from women’s suffrage and the civil rights movement to the Stonewall Inn Riots, animal rights, and marches to demand changes to legislation. In recent memory, the March For Our Lives made headlines in an effort to demand laws to prevent school shootings and more restrictions for firearms. And of course, Black Lives Matter rallies and demonstrations to reopen businesses in the midst of the coronavirus pandemic have dominated headlines and media outlets for the past few months.

The right to protest is protected under the First Amendment of the U.S. Constitution — and it’s a right many Americans feel empowered to exercise in an effort to change both minds and legislation. But while we have the right to assembly and to free speech, that doesn’t mean that anything goes. There’s a difference between lawful and unlawful protesting. There’s also the possibility that even those who are exercising their rights in a legal way could find themselves detained by law enforcement and in need of legal counsel. Let’s talk a bit more about how you could find yourself on the wrong side of the law at a protest, how to potentially avoid being arrested at a demonstration, and what to do if you are arrested at a rally.

Why Do Protest Arrests Happen?

Before we talk about what to do if you are arrested at a demonstration, let’s look at some of the limitations placed on protests and how defying those limitations can result in your need for bail bond services or a qualified attorney.

Bond custody matters are integral for anyone seeking freedom after an arrest. Bail guarantees that the arrested person will show up for their trial. It also provides collateral in case they do not. You may post bail to a judicial officer or authorized agent to obtain release from jail while awaiting trial. When posting bail, you remit payment either by check, cashier’s check, or wire transfer if you are at the jail.

The First Amendment protects your right to assemble peaceably, which means that protests marked by violence are deemed to be illegal. The U.S. Supreme Court set a precedent in 1940 that allows the government to stop any protests or demonstrations that present a present and clear danger of violence or any other immediate threat to public safety or order. You can express yourself through different viewpoints, even if they’re critical of the government or law enforcement; in fact, you can technically yell at officers without being arrested.

However, you can be detained for what you say if you’re encouraging violence or any other illegal actions that could harm property or other people. That said, even if you’re present at a protest that involved some participants who engaged in violence, you should not be arrested unless you participated in or incited said violence. Keep in mind that “violence” can extend to actions like throwing plastic bottles at cops dressed in duty gear. Even if your actions aren’t likely to cause harm, you could still be charged.

Police do not have the right to break up a protest merely because they’re worried about demonstrators becoming rowdy or because they’re slowing down traffic. Protests can legally occur in what are known as traditional public forums — meaning sidewalks, parks, and streets — as well as other kinds of public property, such as areas in front of government buildings. Assuming you aren’t blocking entrances or creating other interferences for the people working there or using the facilities, your rights to assemble remain intact. But if police determine that the protest has become violent or presents any kind of immediate threat, you can be arrested if you fail to follow their order to disperse. Local laws and legal precedents often require law enforcement to provide a clear warning to those in attendance and provide both an appropriate amount of time and an unobstructed exit route for protesters to leave. It’s essential that participants be given the opportunity to obey orders from law enforcement. Otherwise, legal advocates can often argue that charges be dismissed.

Of course, engaging in other illegal activities during a protest — such as looting — could result in an arrest. Arrests have often occurred after the fact, especially with help from business security services like surveillance cameras. Understandably, you could be charged with theft if you participated in looting — and in order to bail out of jail after you’ve been charged, you may need help from family and a good legal representative. Vandalism can also result in arrests during or after a protest, which could involve smashing windows, spraypainting property, or toppling statues. The manufacturing of explosive devices to be used during protests can end in arrests, as well. In many cases, participation in these behaviors may necessitate being charged with federal crimes. So while your right to peacefully protest is guaranteed by our constitution, that right doesn’t cover other unlawful actions.

In areas that have issued emergency orders or curfews in an effort to stop violence stemming from civil unrest, you could also be arrested for violating those directives. In most cases, curfews are permitted when officials declare a state of emergency and can show that restricting the right to protest is a necessary step for maintaining order and diminishing public threats. Ultimately, government officials can’t restrict free speech in a public forum — but they can impose “reasonable” limitations in regards to locations and times of day. In recent weeks, there have been many Americans who have violated curfews set by their local officials in order to continue protesting. Even if those assemblies are peaceful, arrests may still occur. Next, we’ll get into how to avoid arrests and what to do if you are arrested.

How to Avoid Being Arrested at a Protest

Now that you know how many protest arrests occur, here are a few ways you can at least decrease your risk of being detained at a demonstration.

What To Do If You Are Arrested

You may have tried your hardest to avoid arrest, but that doesn’t always mean law enforcement won’t seize the opportunity to take protesters into custody. Whether your arrest was lawful or illegal, you’ll want to follow some basic guidelines if you’re detained.

If you want to know what to do if you’re arrested, it’s a good idea to stay quiet. Don’t discuss anything with others in custody or with police officers. Whether you end up facing arraignment or charges against you are dropped, you may end up spending a night or two in jail while the details are sorted out. Stay as calm as possible and contact one of the 1.35 million U.S. lawyers in your area who have represented clients like you in the past. Criminal defense attorneys and civil rights lawyers alike will share their advice on what to do if you are arrested and need legal help.

Another good piece of wisdom on what to do if you are arrested is to document everything you can. While you might not have access to your phone and other personal effects when you’re in custody, you should make effort to notate or commit to memory important details like officers’ badge numbers — especially if you believe your rights have been violated. If you’ve been injured in a protest, whether or not it culminated in an arrest, try to take photographs of your injuries and collect contact information from any witnesses. That way, you may be able to work with your lawyer to file a formal complaint.

Knowing what to do if you’re arrested — mainly, staying calm and silent — can help you in the future. Whether you’re arrested after a demonstration or you know someone who’s attending a rally, understanding our rights as American citizens and how to facilitate a more positive outcome after being detained can help you keep yourself and your loved ones safe. No matter what, you should always contact a lawyer right away if you’re arrested or someone else in your party has been detained.

Of course, you should always defer to protest organizers and legal experts to decrease your chances of being arrested at a demonstration. More than likely, protest organizers will provide information to participants that can keep them out of harm’s way. But since peaceful protests can turn violent — especially when law enforcement gets involved — you should always know what to do if you are arrested and prepare for that possibility. In fact, you should attend a protest with the idea that you will be taken into custody. That way, you’ll know exactly what to do if you are arrested. And if the protest stays peaceful and uneventful, all the better.

The idea of protesting can be divisive for many people, particularly when those protests become violent or destructive. While no one condones violence or property damage, it’s very easy for demonstrations to get out of hand. It’s not just protesters, either; law enforcement agencies all across the country have been accused of making illegal arrests or perpetuating violence within their communities. The aggressor in these stations won’t always be clear. But what should be clear are your rights and knowing what to do if you are arrested.

By being properly prepared to attend a protest, being respectful of others and of property, and following all necessary instructions, you can potentially avoid being taken into custody. However, it’s important to note that an arrest at a protest may not hold the same weight as being arrested for a more serious crime. In fact, protest arrests are sometimes seen as a badge of honor. Still, to ensure you stay safe and out of the court system, you should educate yourself and others on what to do if you are arrested and do everything possible to avoid that scenario. That way, you can exercise your rights as an American without worrying about the legal ramifications of an arrest record. 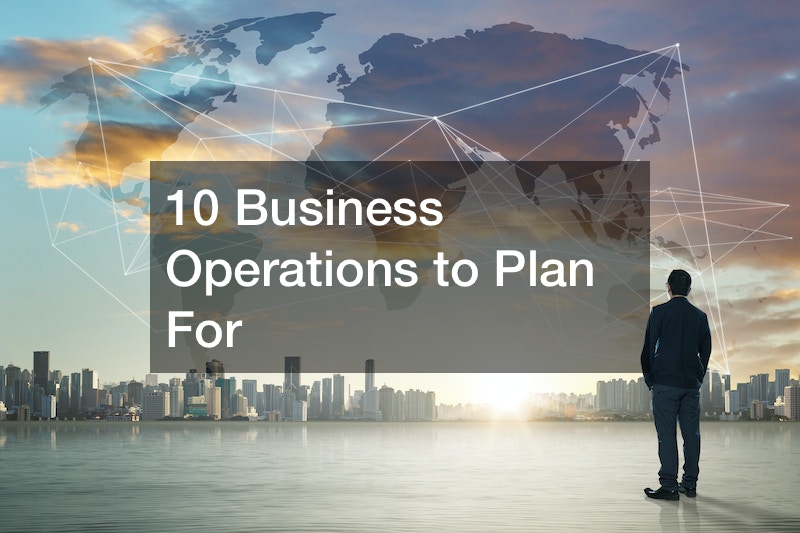 Business operations planning is the process of aligning an organization’s resources with its strategic goals. It encompasses everything from creating the master schedule to ensuring that suitable materials are available 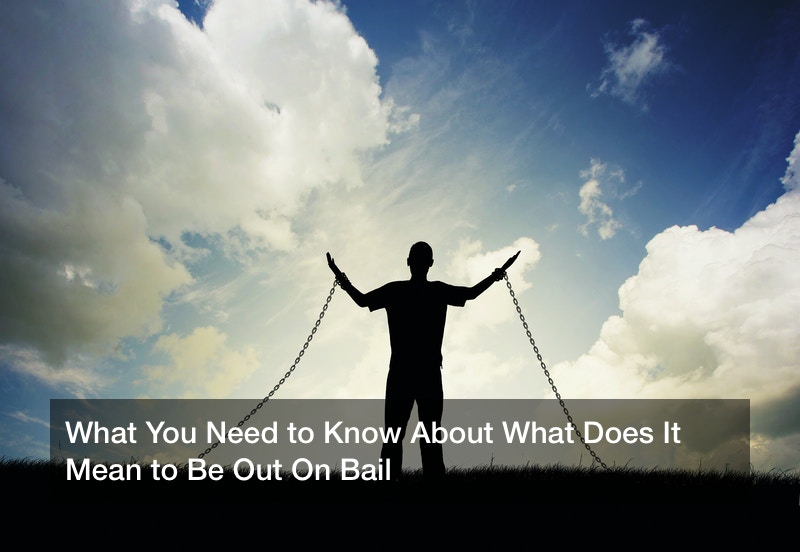 When you have a person in your life who has been arrested, you may wonder how to help them. It can be expensive to bail out a person who has 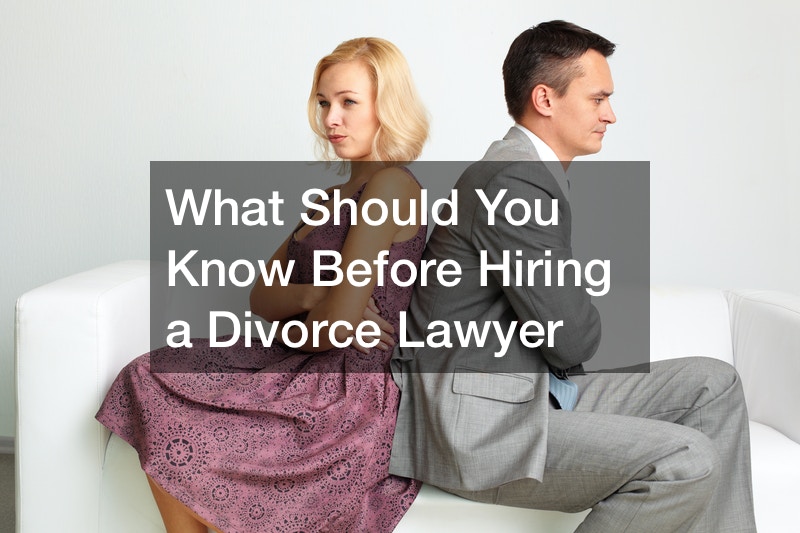 This video discusses hiring a divorce lawyer and some of the things a prospective client should discuss in the consultation. An honest attorney will help a person to decide whether